Since his highly praised Carnegie Hall début in New York City, the saxophonist Marco Albonetti has been performing and giving master-classes around the world. His ability to captivate audiences with his charismatic and innovative performances has made him one of the most influential classical saxophone artists of his generation. Though he is classically trained, his style of performance represents a unique blend of dynamic techniques and multifaceted influences.

Having worked with Luciano Berio for several years, Marco is active in the performance of both traditional and contemporary repertoire, and has premièred works for the saxophone by prominent composers such as John Harbison, Gunther Schuller, David Maslanka, Bernard Rands, Jorge Bosso, Kirk O’Riordan, David Stock, Phanos Dymiotis, Julie Spencer, Fred Sturm, and Ken Schaphorst. For several years, he toured as an actor / saxophonist with the renowned Italian ‘diva’ Milva, performing music by Astor Piazzolla, Hanns Eisler, and Kurt Weill. He has developed multiple projects featuring baroque, tango, and world music and shared the stage with musicians such as the percussionist Dane Richeson, legendary tango pianist Pablo Ziegler, and multiple Grammy award winner Branford Marsalis.

Marco is also a devoted chamber musician. Since 1994 he has been a member of the award winning Transcontinental Saxophone Quartet, which has toured internationally, offering innovative programmes that combine elements of classical, jazz, rock, ethnic, and world music. Featuring premières of works by American composers, their recording Mountain Roads has garnered widespread praise.

Marco is a Légère Reeds Endorsing Artist and an ambassador for John Ashfield men’s clothing. 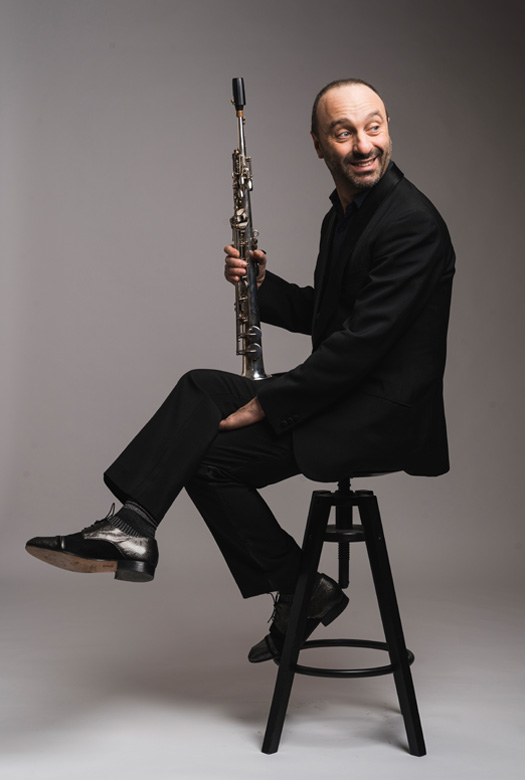