In the making
of a record
there is both
a human
and a musical
journey
that take shape. 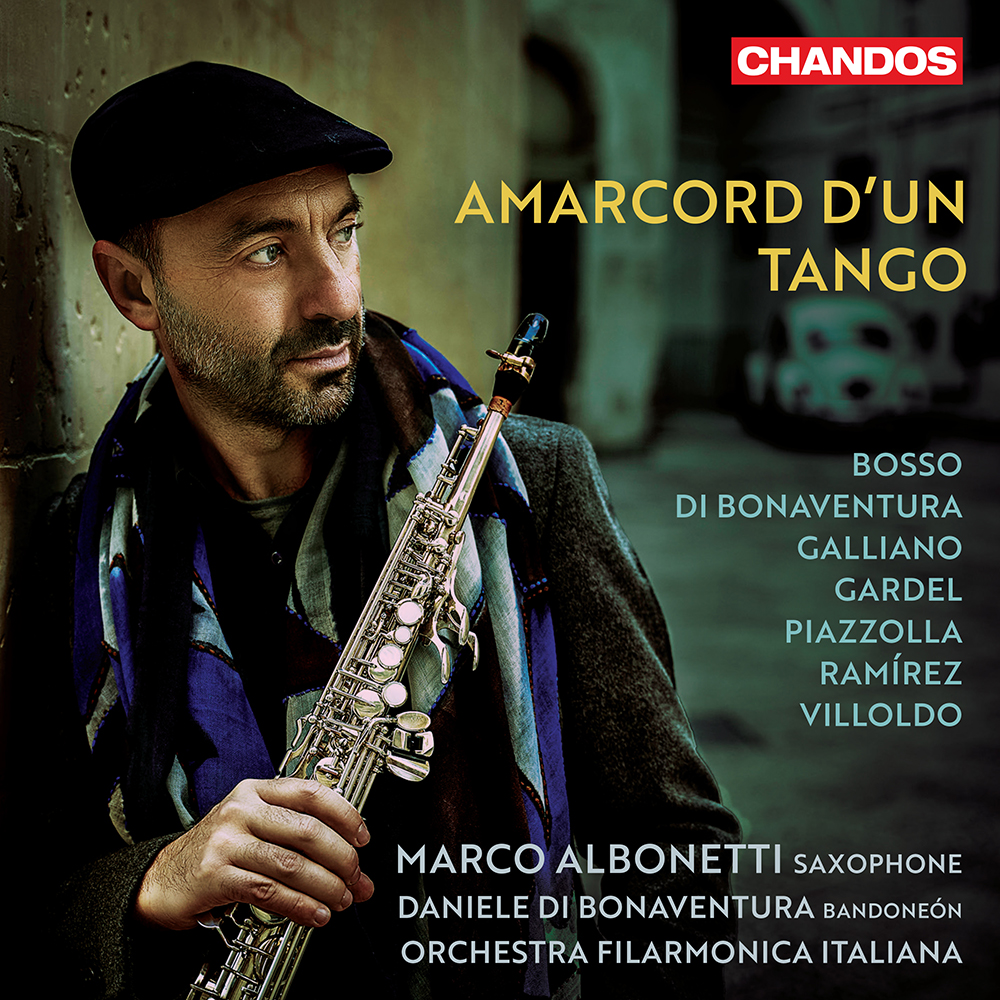 Amarcord d’un Tango signifies memory, the nostalgic re-enactment of the past, the loss of love, disillusion, darkness, eroticism, passion and death… emotions embraced by the sound of tango. Here, it evokes the idea of joining two instruments, where the dialogue between saxophone and bandoneón seems capable of evoking the ghost of that between two lovers; a whisper of a memory. 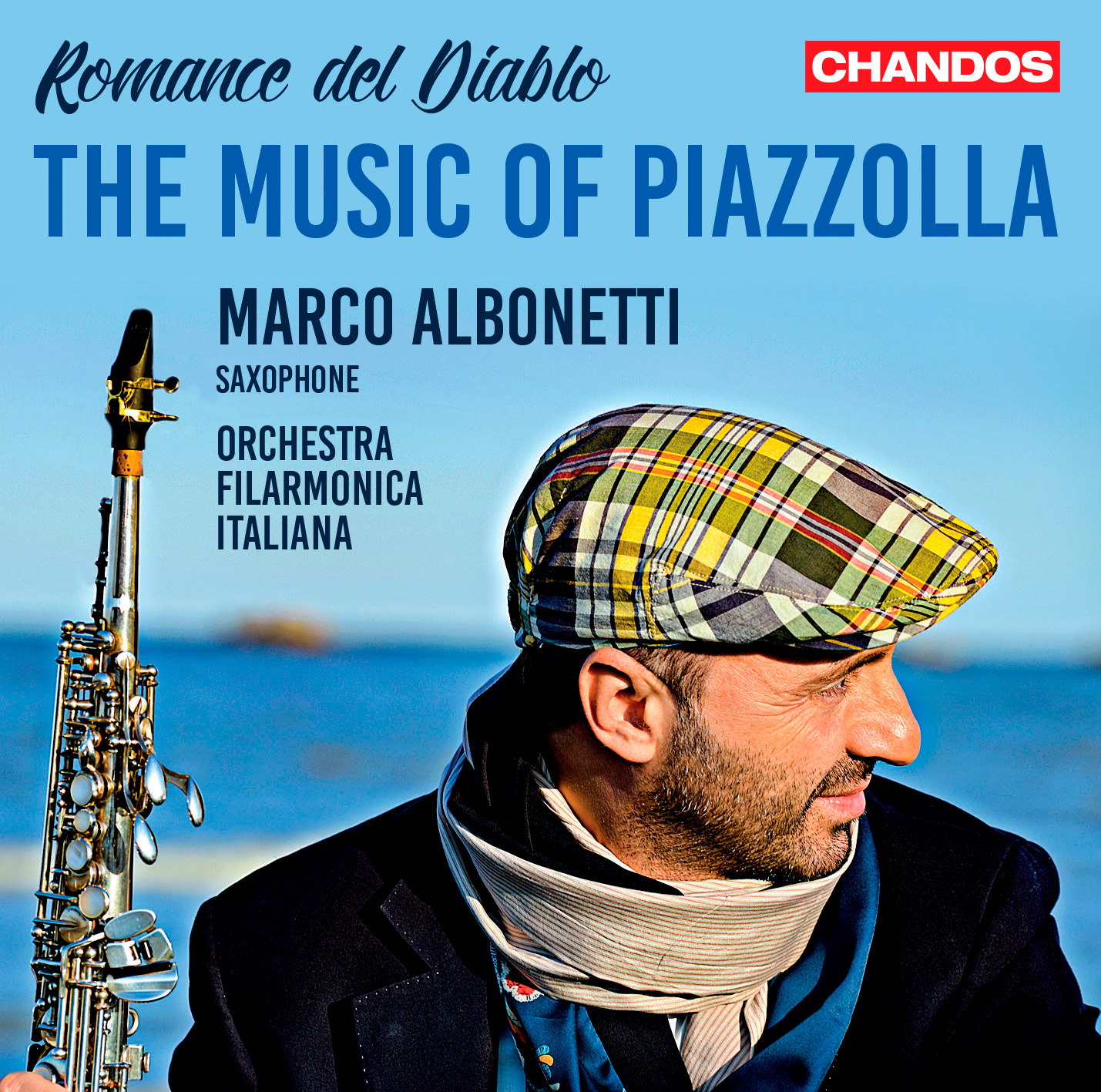 Marco first discovered the music of Piazzolla on the day he died – 4th July 1992 – when RAI reported the news and broadcast his music. His fascination for his music has persisted from that day forward. Traveling to Buenos Aires to research his doctoral dissertation, he had the privilege of examining the composer’s original manuscript scores and interviewing people who had worked closely with Piazzolla: his wife, Laura Escalada, his librettist Horacio Ferrer, and his fellow musicians Pablo Ziegler, Daniel Binelli, José Bragato, and Arturo Schneider.

This album features Marco’s own arrangements for Saxophone and Chamber Orchestra, described by Piazzolla’s publisher as “A splendid piece of work, impeccably executed, and a demonstration of great respect for the music of Maestro Piazzolla.” 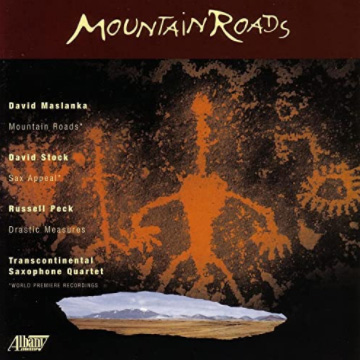 The musicians are first-rate. They play aggressively yet quite tastefully, always in tune, and with depth of feelings, The American Record Guide

The TSQ’s playing style is bright and aggressive with artistic insight to capture all styles of music, The Saxophone Symposium 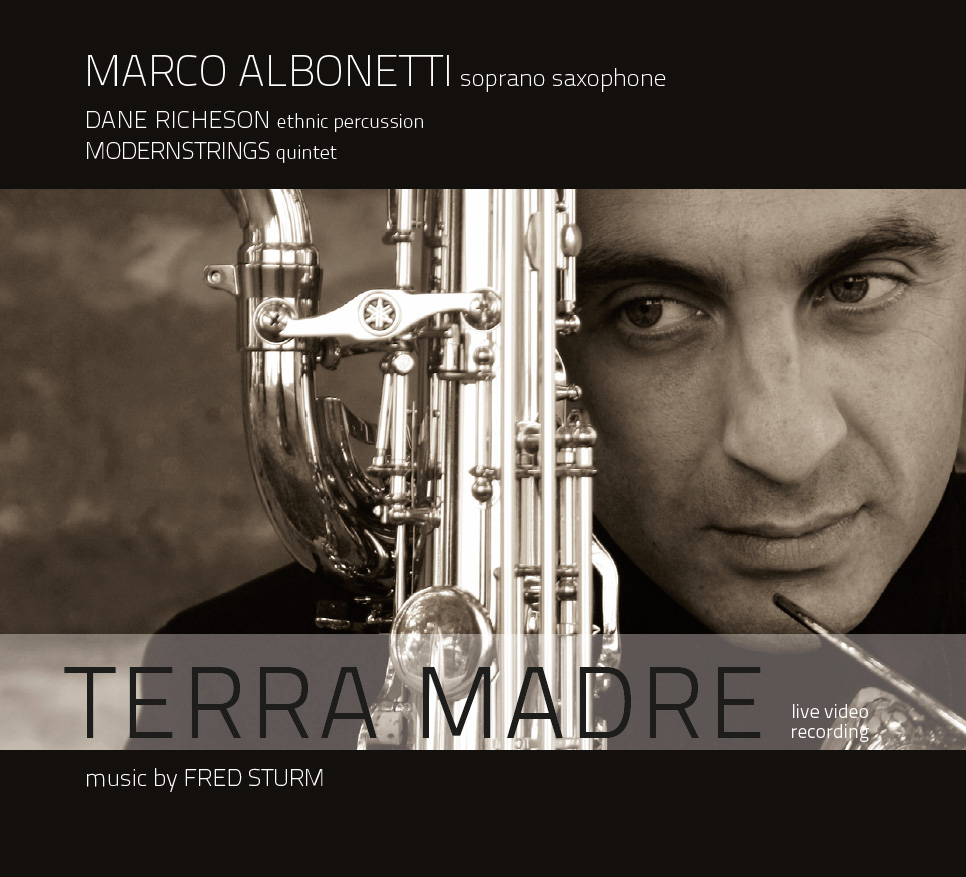 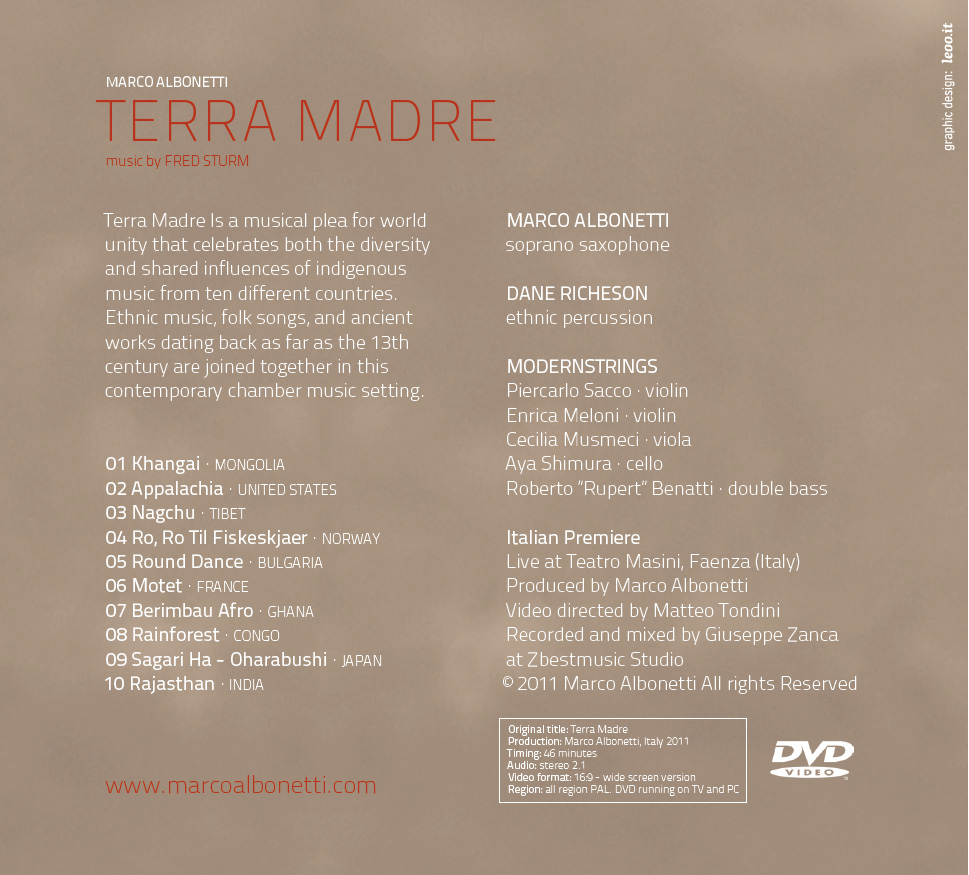 Terra Madre is a musical plea for world unity that celebrates both the diversity and shared influences of indigenous music from ten different countries. Ethnic music, folk songs, and ancient works dating back as far as the 13th century are joined together in this contemporary chamber music setting.